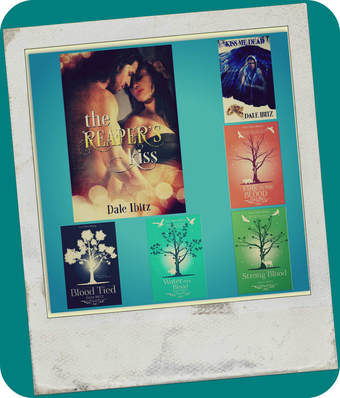 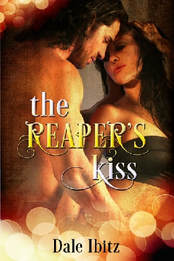 Haunted by painful memories, William turns to a world of sex and poison to forget his status as a shunned reaper with a sordid past. His strategy for survival is to fortify his emotional armor so no one will ever hurt him again, while trying to find redemption for his sins. Natalie, an exquisite human trying to save her sister from the horrors of the Other World, intrigues him. Though adamant she means nothing to him, her kisses reach into William’s soul and her silky skin is a slice of heaven. The damn woman cracks his protective shell. After learning the dark secret of Natalie’s past, how much will he sacrifice to save her soul?

The only thing Leah wants is a family and a place to call home. All she has is a target on her back because her daddy was an angel and her mom a human. Her anger has built for centuries as she goes on the run, hiding from a murdering goddess. Plotting revenge takes a village, however, and she might have to kill someone William loves to make him join her game. Will she exchange her hopes and dreams for a chance at payback?
​
Natalie needs William’s help to find her sister in the Other World. Her plan is to play him, deciding she’ll go as far as sleeping with the striking reaper if it’ll save her sister. Though his kisses bring on primal urges she's never felt before, they don't compare to the fire he ignites when he touches other parts of her body. Then she learns about his murderous past. Is she the one being played, left to die at another’s hand by the man she’s fallen for?
Buy Me
Buy Me 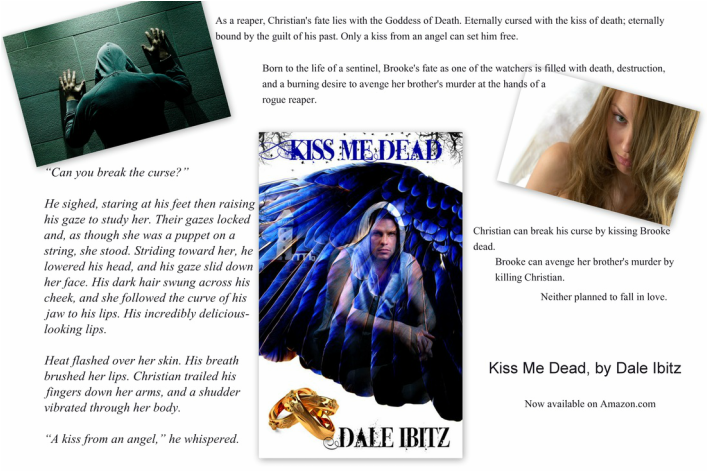 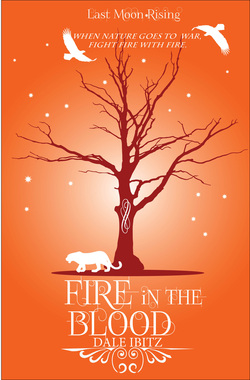 The gods of nature are at war, and Earth is in chaos. During a home invasion, seventeen-year-old Haley is tumbled to Eyidora, where the gods of nature battle. As descendant of the God of Air, Haley’s called upon to stop the war.

But Haley has a problem. Actually, two problems. One named Tuggin, and one named Ian.

Both lie to her. Both have secrets. And neither are who they say they are. Haley’s forced to make a choice that will decide the fate of all the worlds. But who should she trust, who should she fight, and who is the one with fire in his blood bent on betraying them all?
Buy Me

Goodreads reviews for Fire in the Blood 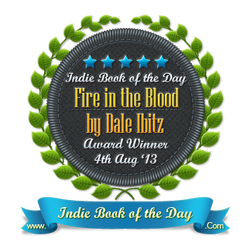 Indie Book of the Day Award 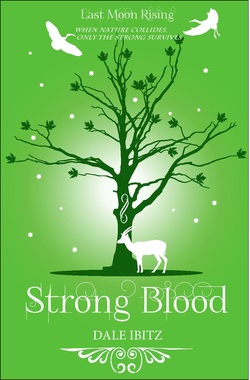 Cruel lies. Sinister secrets. A destructive war between nature's gods. Haley, descendant of the God of Air, has survived it all… so far.

But Haley’s battles are only beginning as two men continue to threaten her. Ian, the Fire God’s descendant bent on destroying Eyidora and turning himself into a god. Tuggin, the stone-faced Eyidoran witch paid to protect her, and who’s also been assigned to kill her.

Haley takes comfort in new friend Luke, a descendant of the God of Land with undeniable strength. She bonds with him, and he is both a shield against danger and a confidant to her insecurities and fears. But has she put her trust in someone who may be just as dark and dangerous as Ian, the Fire God descendant himself?
Buy Me 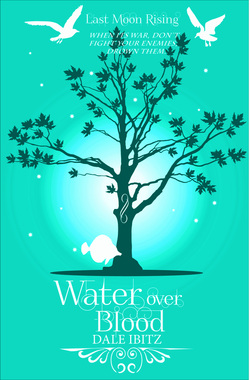 This is what seventeen-year-old Haley feels when waking up in a damp, gloomy cave. She doesn’t know who or where she is, nor does she remember that she is Eyid-emos, a descendant of the God of Air. All she knows is the dark angel, Dane, who comes to her rescue, making her feel safe and protected. It’s from Dane, descendant of the God of Fire, that she learns she’s looking for the lost stones of power to end the war between the nature gods.

But the safe feeling doesn’t last long. Dark memories of a gorgeous blond guy name Tuggin begin to haunt her, and Haley realizes on some levels she’s fighting against remembering. There’s something both endearing and frightening about the hall-god with the cold, blue eyes, this stranger who she remembers as being both kind and brutal, who’s one of the hated witches on Eyidora, and who holds deadly secrets.

When Haley and Dane meet with Tuggin and his companions, everything changes as they hunt for the Water Eyid stone. They need to work as a team to end the war, but suspicion and rivalries run rampant in the group. Will Haley be betrayed by the one person she trusts the most?
Buy Me

What people are saying about Water over Blood...

Goodreads reviews for Water Over Blood 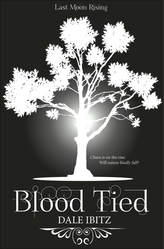 the final installment to the Last Moon Rising series, the road to harmony is filled with conflict.

18 year-old Haley’s been betrayed not only by her blood-brother Luke, but Tuggin, the Menta-witch compelled to protect her…and destined to kill her. Almost everyone she knows has lied to her. Some want a savior; some want to use her; some want to destroy her. As she soldiers on, gathering the Eyid-emos and finding the stones of power to stop the war raging between the gods of nature, she should be at the height of her power and confidence. She should feel complete. What she shouldn’t feel is the chaos rising inside her mind.

Haley’s sanity slowly unravels. She sees things and people that aren’t there. She’s suspicious of her brother and her best friend Elana, imagining betrayal. Tuggin and Luke invade her mind, creating confusion, trying to convince her that her confidant Dane is really her arch enemy, Ian. And then there are the death threats from a trusted Menta-witch and Soltar, the Fire Eyid himself. Or has she imagined those, too?

When the madness reaches its breaking point she’s betrayed, again, by the person she considers a trusted friend. At the point of a total collapse, the Eyid-emos lose faith in her as she spirals into insanity, leaving her to fight the darkness alone.

The fate of all seven globes in the planetary chain rests on the one person who may slowly be losing her mind.